The beauty of compound interests

Have you heard the Water lily’s enigma?

We have a lake on which we find a water lily the first day. The amount of water lily doubling every day, we find two water lilies on the second day. Knowing that after 50 days, the lac is entirely fulfilled with water lilies. How many days does it need for the lake to be half fulfilled?

The answer is obviously 49.

This enigma allows in a certain way the subject of compound interests. Indeed, in the current example, the amount of water lilies in the lake doubles every day. Therefore, the “gains” made the day before allowed a more important increase the next day as the “Capital” of water lilies doubled during day D+2 is equal to the capital of the day J+1.

The idea is really to understand that the previously realized gains will lead to an increase the incoming gains. This is the way compound interests work.

There is two types of interests :

The impact of compound interest in the short term can seem limited but the point is in the long term perspective where it can become really interesting. in the water lily’s enigma, the second half of the lake is fully recovered in one day while the first half needed 49 days to be recovered.

Let’s take a numerical example to support what we just said :

We have a situation where a person A decides to invest 1.000 EUR each year at 10% interest rates on the compound interest plan while a second person B, using the same conditions, decides to use a simple interests plan. After 20 years, both of them will have invest 20.000 EUR.

However, as you can observe in the here below table, the situation of the two people is far from being similar. The simple interest method leads to annual interests of 21.000 EUR while the compound interest one brings this amount to 43.000 EUR, more than the double !

This example clearly establish the interest of compound interests which act in an exponential way. Please, find here below a graphic representation of the situation which highlight this exponential effect.

Therefore, the ideal would be to invest using the compound interest as soon as possible in order to benefit on the long term which will significantly increase your capital. I personally keep on the exercise here above to determine the amount of years needed to become a millionaire. After 48 years, you capital would be 1.056.189,57 EUR. Not so bad investing only 1.000 EUR each year.

However, it seems obvious that obtaining an interest rate of 10% without any risk is not that easy but this situation was only used as an example even though some peer-to-peer lending platforms offer such rate (such as the Mintos plateform) 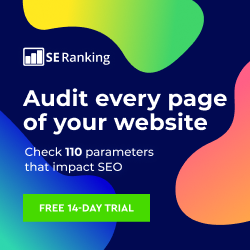